Debra-Group supports all its processes with LISA. CCE’s ERP package not only provides the company with operational efficiency and time savings, it also provides insight into the figures. As such, Debra-Group is able to keep its finger on the pulse of the business and immediately respond to the wishes of customers. 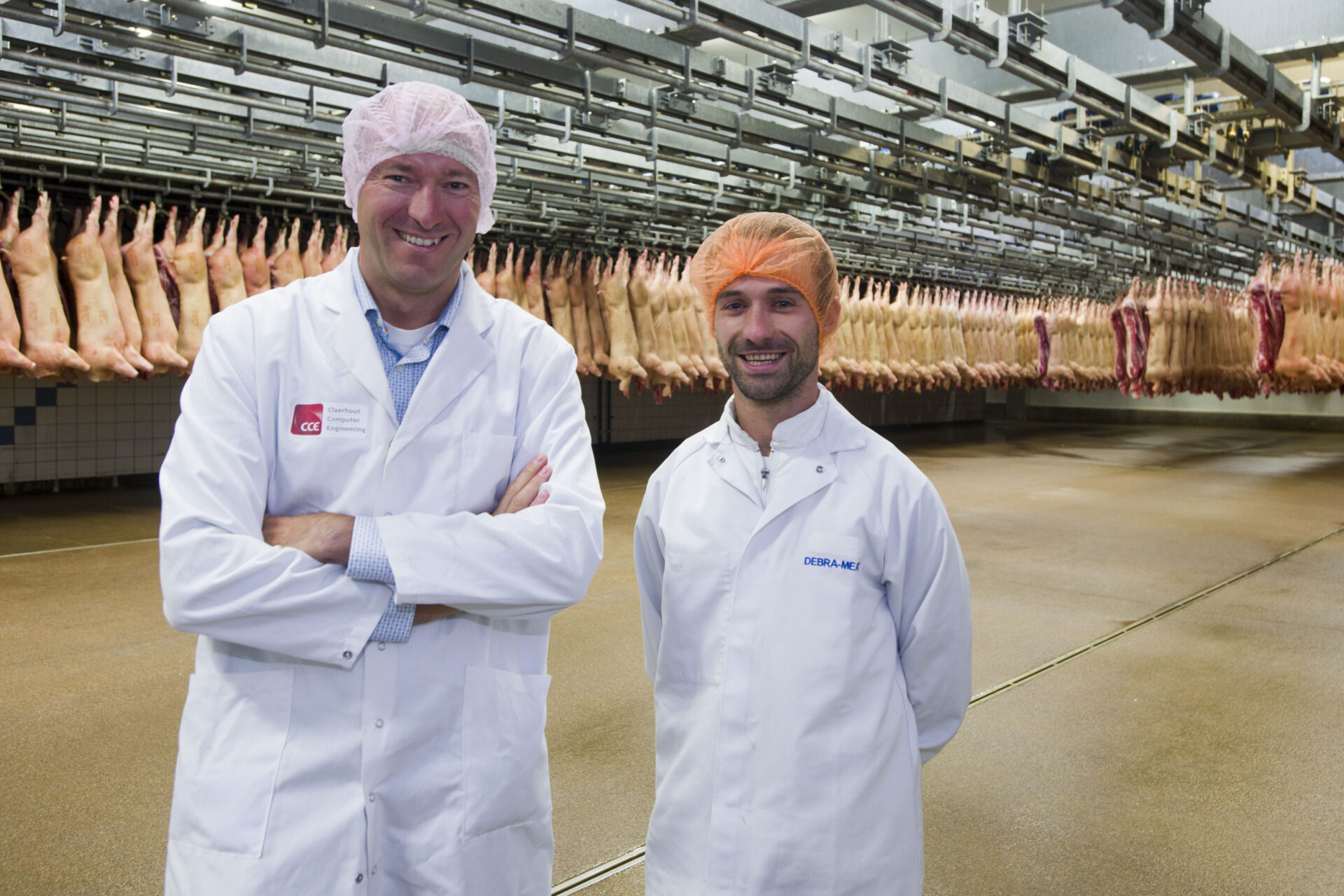 Debra-Group from Tielt is one of the largest slaughterhouses and pork production companies in Belgium. The company’s roots go back to 1920, when Alfred De Brauwer started trading live pigs. His son, Julien De Brauwer, founded the slaughterhouse. Today, the third and fourth generation, Geert De Brauwer and Thomas De Roover De Brauwer respectively, are at the head of the group. Debra-Group consists of three companies. The Tielt Export Slaughterhouse operates as a slaughterhouse for both third parties and its own company, Debra-Meat. This company sells carcasses and cut meat. They mainly deal in “prêt à trancher”: pieces the large food retail group itself cuts up into portions for the consumer market. The third company in the group is Debra-Freeze, which acts as a freezer department for Debra-Meat and has freezer space for 1,500 pallets. All in all, Debra-Group has about 250 employees. The Tielt Export Slaughterhouse slaughters 1.5 million pigs per year, and Debra-Meat cuts about 250,000 of these on an annual basis. About 98% of the pigs come from Belgium. 70% of the output is destined for export, half of that outside Europe. The Debra-Group activities account for a turnover of €150 million.

From the 1980s, Debra-Group developed its own ICT on IBM’s AS/400 platform. The growing export market, coupled with the new identification and registration requirements, were the reason Debra-Group decided to professionalise their ICT support. “Until 2010, weighing and labelling at Debra-Freeze was still done manually,” says Thomas De Roover De Brauwer, Debra-Meat managing director. “However, we needed more detailed information for our reporting. The existing IT system was not able to provide that support without serious effort.” In addition, Debra-Group had open questions concerning the business continuity guarantee. The operation and development of the ICT system had been insufficiently documented over the years, and all the knowledge was held by one employee. “It quickly became clear that we needed a modern, integrated ICT platform that would support all the group’s processes,” says Thomas De Roover De Brauwer. “It was a natural choice for us to begin looking for an ERP.” Debra-Group compared the solutions of various suppliers. Several slaughterhouses were among the references provided by CCE. And this was the deciding factor for Debra-Group in their decision to opt for the LISA ERP package from CCE. Debra-Group appointed Thomas De Roover De Brauwer to act as project leader and central point of contact for the entire process. 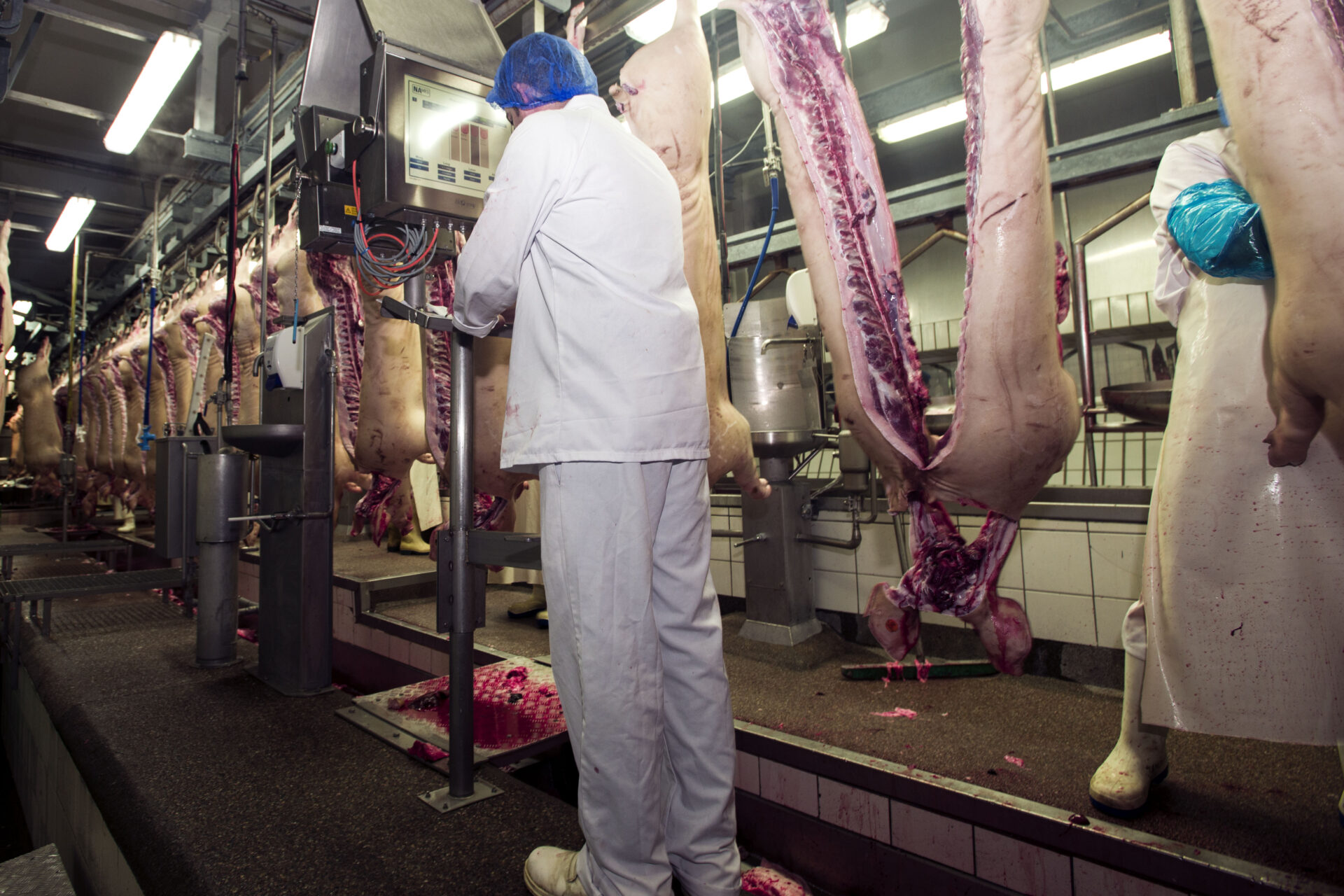 “We started the project at Debra-Freeze”, says Thomas De Roover De Brauwer, “because we were able to build the ICT support there from scratch. We then expanded the project to include packaging, cutting, slaughterhouse, loading docks and administration. With the introduction of LISA, we completed the entire process in reverse order.” The very first assignment was to develop a new, clear article structure. These article codes now form the basis for cooperation with other business departments, customers and suppliers. “After that we were able to start the actual implementation: first the registration of existing stock, then the registration of new frozen stock, then the management of customers and orders for frozen shipments, the packaging department with weighing and labelling of orders, and so on. This method saw us going through the process backwards.”

After the frozen department, it was Debra-Meat’s turn, with linking the weighing and labelling as the focal point. It is important to know that Debra-Meat supplies large food retail chains. The company receives its orders directly into LISA via EDI. At the end of the process, the load orders are sent back to the customer via EDI. The final implementation step took place in the slaughterhouse. The slaughter planning is drawn up in LISA and forwarded to NAWI, the system that controls the slaughter line. Stable registration via an automatic interface to Sanitrace – the tracing application of the FASFC – is also done in LISA and moves on to NAWI. The identification and registration of the animals on the slaughterhouse floor is done via NAWI. The slaughter line links all the information about the meat – and the customer and order – back to LISA. Thomas De Roover De Brauwer: “All the subsequent administration is carried out in LISA: slaughter costs, carcass qualification, lot information for the FASFC, information for the Certus certificate, and so on.” 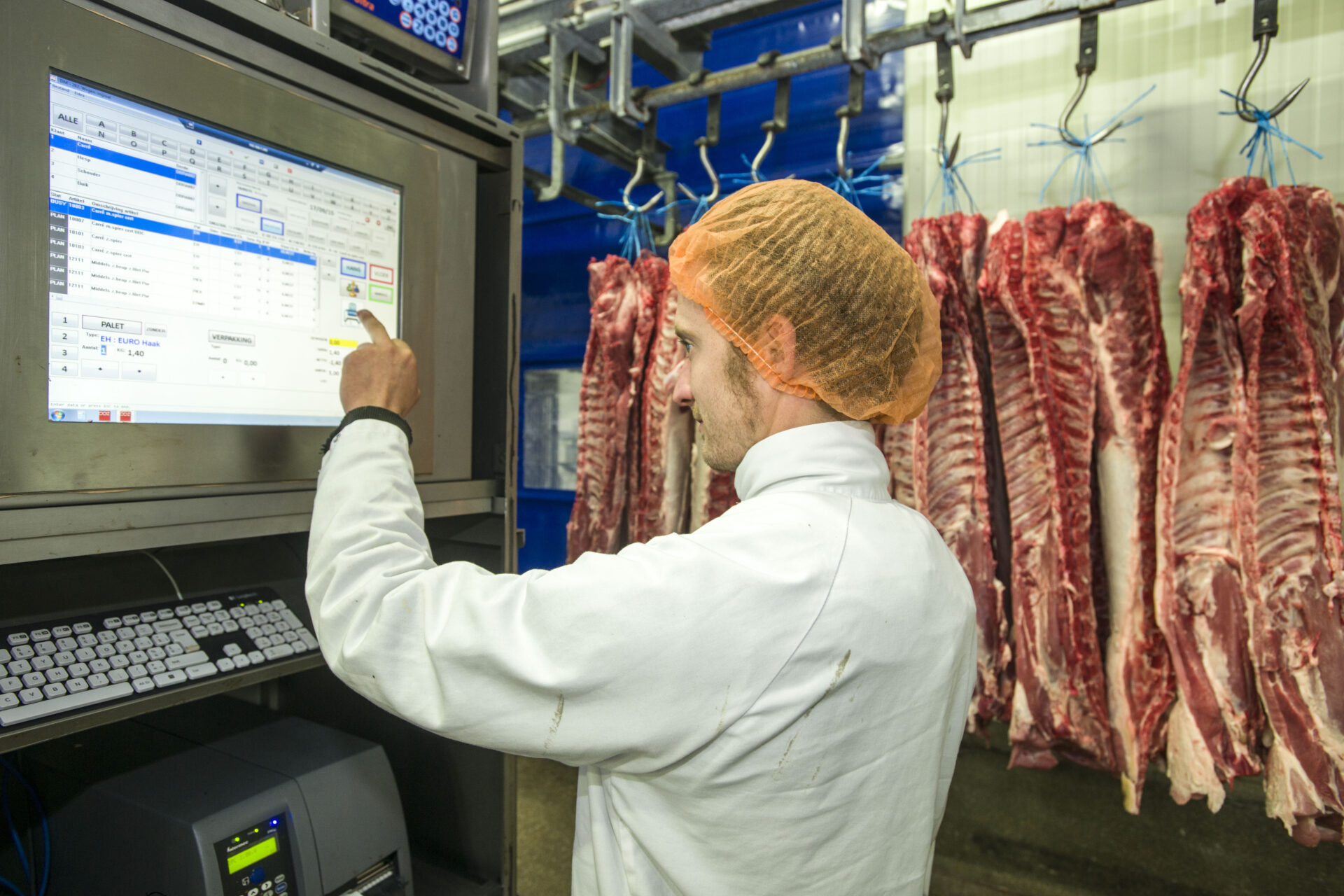 The real added value of ERP

In the first place, the use of LISA provides Debra-Group with greater efficiency and significant time savings. The company manages its servers and data centrally, and these are duplicated across two locations on the company site. The paper flows have largely disappeared from the processes. “In the past, the information was scattered throughout the company,” says Thomas De Roover De Brauwer. “Part of it was in the old ICT system, we kept some in Excel, and yet more on paper. Today, all the information resides on one centrally-managed, integrated platform. This ensures a smooth flow of data.” The efficiency gains are apparent, and can be seen from the fact that Debra-Group’s activities have grown strongly since the start of the implementation without the existing administrative team having to expand.

LISA provides Debra-Group with time savings and greater efficiency. Since the implementation, the company has continued to grow, while expansion of the administrative team has not been required.

The registration and administration of data in LISA is an essential part of the project, but for Debra-Group this is not quite the main focus of the story. “What’s really great is that we can convert the data from LISA into reporting,” says Thomas De Roover De Brauwer. “This reporting is instrumental in supporting the company’s strategy.” In other words: LISA allows Debra-Group to convert the captured data into information with which the group can steer its business in the right direction. And that’s the real added value of ERP. The close co-operation between Debra-Group and CCE made the ERP project a success. “We succeeded with this implementation, in no small part, by involving the employees in the process,” concludes Thomas De Roover De Brauwer. “They were given a say, and their comments were taken into account. Apart from the technological aspect, the introduction of ERP is most definitely a change process in a company. CCE’s support and experience helped us manage that too. Ultimately, everyone now enjoys the benefits of LISA.”