In order to comply with the Royal Decree on notification obligation, self-checking and traceability, many food companies are currently implementing an ERP package. However, it is not easy for companies without their own IT department to find the most suitable solution. This was the case with Kipco-Damaco. In the end, this poultry processor and distributor opted for “LISA” from Claerhout Computer Engineering (CCE); a great decision that is definitely showing benefits. With its no-nonsense approach, flexible attitude, and experience in the food industry, CCE ensured Kipco-Damaco is able to achieve the highest return on its ERP investment.

The history of Kipco-Damaco goes back to 1964 when José Vandaele, a well-known linen producer, decided to take his chance in poultry because of a crisis in his own sector. He built a chicken slaughterhouse in Wielsbeke and started the Kipco company there. The company immediately experienced expansive growth, which was reinforced two years later by an expansion of the activities to include the slaughter of soup chickens, guinea fowl, spring chickens, etc. A second site was established in 1969: a turkey slaughterhouse in Oostrozebeke. This originally focused on the production of frozen whole turkeys, but it soon added a few of its own parent stock and breeding facilities. In the early 1970s, a cutting plant was also started. Marc Vandaele continued the family tradition from his father and founded Damaco NV in 1982. This company focused on the production of mechanically deboned poultry meat (MDM) for sales at home and abroad. Ten years later, Kipco took over its first foreign production unit: Bulgarian-based Dakor, a company that specialises in cooked poultry meat in accordance with EC directives. The last major change came in 1999 when both companies merged and continued under the name Kipco-Damaco. General Manager Philip Eeckman: “Today, Kipco-Damaco is still one hundred percent a family business. Our activities fall into four categories: distribution/import of fresh/frozen poultry and game products, production of cooked poultry meat, production of MDM/ground poultry meat, and export/trading of poultry cuts. Two-thirds of our turnover is achieved through exports: we deliver to more than 70 countries worldwide. Our customer base mainly consists of distributors and manufacturers of food/ready meals. In total, Kipco-Damaco employs about two hundred people, fifty of whom are in Belgium.” 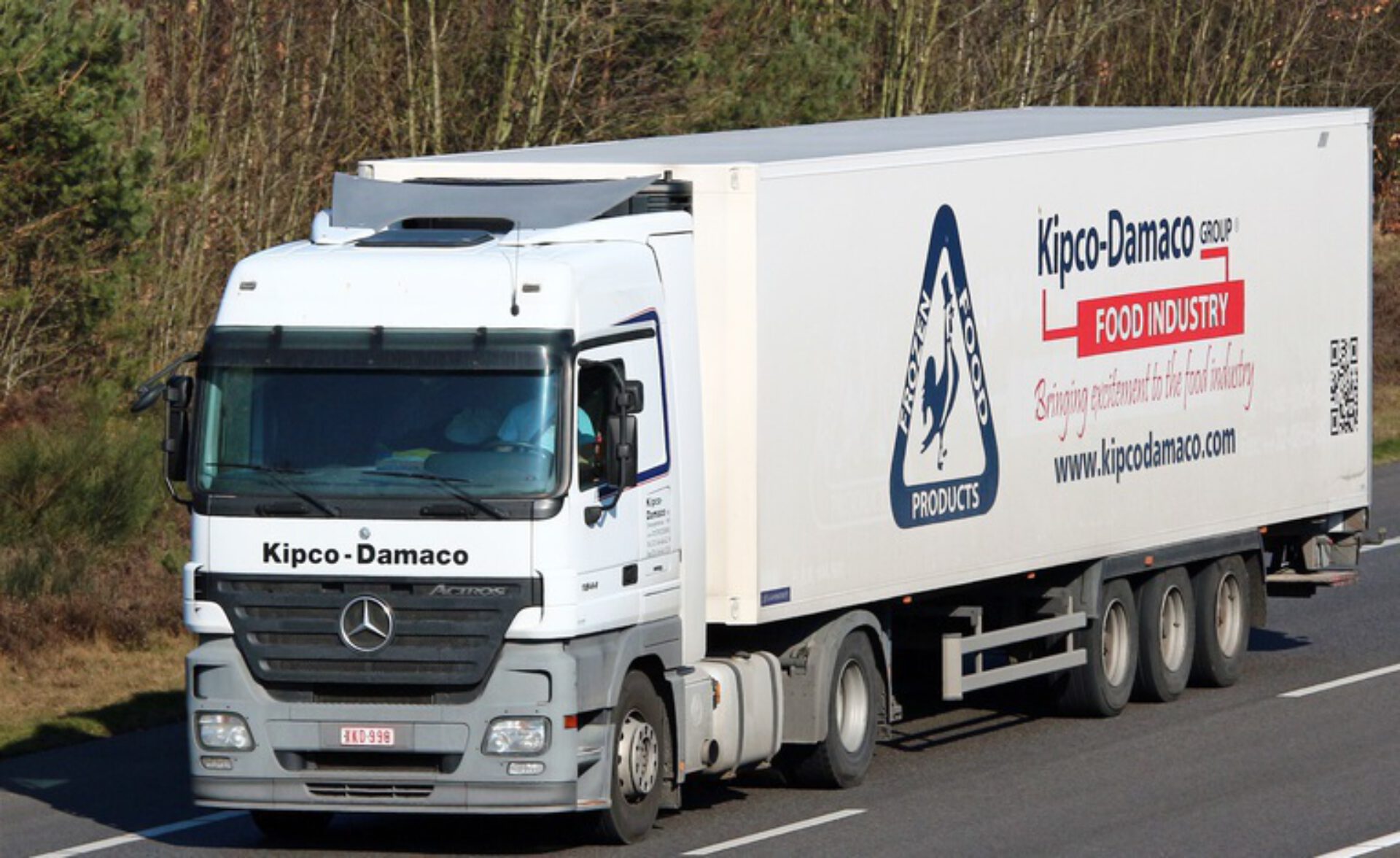 Two birds with one stone

Halfway through 2004, Kipco-Damaco’s management decided that the time was right to invest in an ERP package. Philip Eeckman: “We wanted to kill two birds with one stone. The intention was to standardise our purchasing and sales procedures and make them more manageable as a result. After all, Kipco-Damaco is characterised by a very diverse flow of goods. For example, we pay for some products domestically by the gram, but for exports, we usually work per 25-tonne containers. There are also major administrative differences: in Belgium, a delivery note and invoice are generally sufficient, while for other countries, export and health certificates, declarations of conformity, bills of load, etc. are also required. This is why the purchase and sale in Belgium and abroad were approached in a completely different way until last year. Over the past ten years, we have experienced almost continuous growth in the domestic and foreign markets, to a level that it became very difficult to control the flows of goods correctly: there was a risk that we would lose our overview. This also led to inventory management problems. For obvious reasons, stock monitoring for products sold by the gram differs from that for foodstuffs sold by the container. It was not easy for our warehouse workers to know which rules had to be respected. Moreover, we were very dependent on their knowledge: after all, warehouse management was held in the minds of a few individuals. This resulted in the information not being available quickly enough for our sellers/purchasers, which meant we were no longer able to handle our affairs optimally. Finally, we started to have problems with tracing as well. Since all this data was kept manually, there was too much dependence on a few staff members in this area. Moreover, due to the size of the company, working this way was difficult to manage and insufficient for compliance with legislation.”

Kipco-Damaco started the search for an ERP supplier in mid-2004. Philip Eeckman: “We don’t have our own IT department, so we placed great importance on the partner we would be doing business with. It had to be a company that was very flexible and supportive, didn’t bamboozle us with computer language or make things unnecessarily complex, and that offered a package that was tailor-made for our company. During this time, many suppliers came knocking on our door, including Navision and Centric. At first sight, these companies seemed to respond perfectly to our needs, so we analysed their packages relatively extensively. But we still had the feeling we could do better. When one of our employees eventually suggested CCE, we knew we had come to the right place almost immediately when we met up with them. And this was not only because the LISA package appeared to offer all the functionality we needed. The company was also able to present many interesting references from the food world, while the purchase of their ERP solution was financially feasible. But it was mainly the no-nonsense approach of Geert Claerhout and his team that was decisive. He does not mince his words: and I like that because, unlike smooth sales pitches, this gave me the confidence I was looking for.”

No more or less than necessary

The contract was signed in early 2005; the project started two months later. Philip Eeckman: “Because we had never worked with an ERP application before, we didn’t know what to expect from this investment. But CCE didn’t abuse our lack of knowledge at all: the team meticulously analysed what we needed and then proposed a solution that was more or less responsive to our needs. Not a great deal of customisation was required because LISA contains a lot of functionality that you can switch on or off. There was only a limited need for some adjustments in terms of export documents. As agreed and planned, September saw the domestic department implement the solution, and a month later, after all the teething problems had been cleared up, it was the turn of the export department.”

Because Kipco-Damaco chose to implement the financial module (accounting) in addition to the sales, purchase, production and stock module, the LISA ERP package is now the administrative heart of the company. Kipco-Damaco deliberately chose not to make the production administration endlessly complex. Philip Eeckman: “Because we manufacture almost exclusively from stock and our recipes are fairly simple, additional investment in the software for automated production orders or ingredient purchase did not outweigh the benefits it generates. What we are currently working on is the introduction of scanners throughout the entire production flows. This will make it easier for us to guarantee watertight traceability. At the moment we do not foresee any further expansions as long as our customers do not specifically request them. But if this happens, we are confident LISA is ready to respond to their requirements immediately. Just think of specific pallet identifiers: a question that mainly comes from wholesale distribution. LISA therefore opens up the prospect of us being more active in these markets soon. In addition, we are now able to fill in the additional requirements demanded by foreign customers very quickly. With customers in seventy countries, there is always something that needs to be adjusted. For the rest, LISA has fulfilled our objectives perfectly: the export and domestic departments now work in a uniform manner, stock management is accurate, and we can guarantee automated, and therefore watertight, traceability. The operation of the company is no longer dependent on the knowledge of certain people, and all the information is always up-to-date, on-line and accessible immediately for all involved. Finally, our entire administration has become a lot more transparent and simpler. This saves a lot of time that can now be used for sales, customer contacts and troubleshooting. The investment in LISA has therefore allowed us to continue to grow steadily without hiring additional staff or having to implement additional systems. The return on investment is therefore high, even in the relatively short term. In closing, I would like to say that CCE has won our trust. This ERP supplier knows what it is doing: its employees know the LISA application through and through, they listen carefully to their customers’ wishes, and they have a lot of patience: key factors for a successful project.”