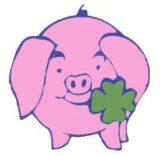 Sega-Meat may be a small player in the meat market, but the company played a pioneering role in the story of Claerhout Computer Engineering (CCE). This is because the “Lisa” ERP application was linked to touchscreens for the first time. However, this was not the only reason the meat processor chose the solution. The user-friendliness, the EDI functionality, and the guarantee of lightning-fast implementation were also decisive arguments for Sega-Meat to get into bed with CCE. 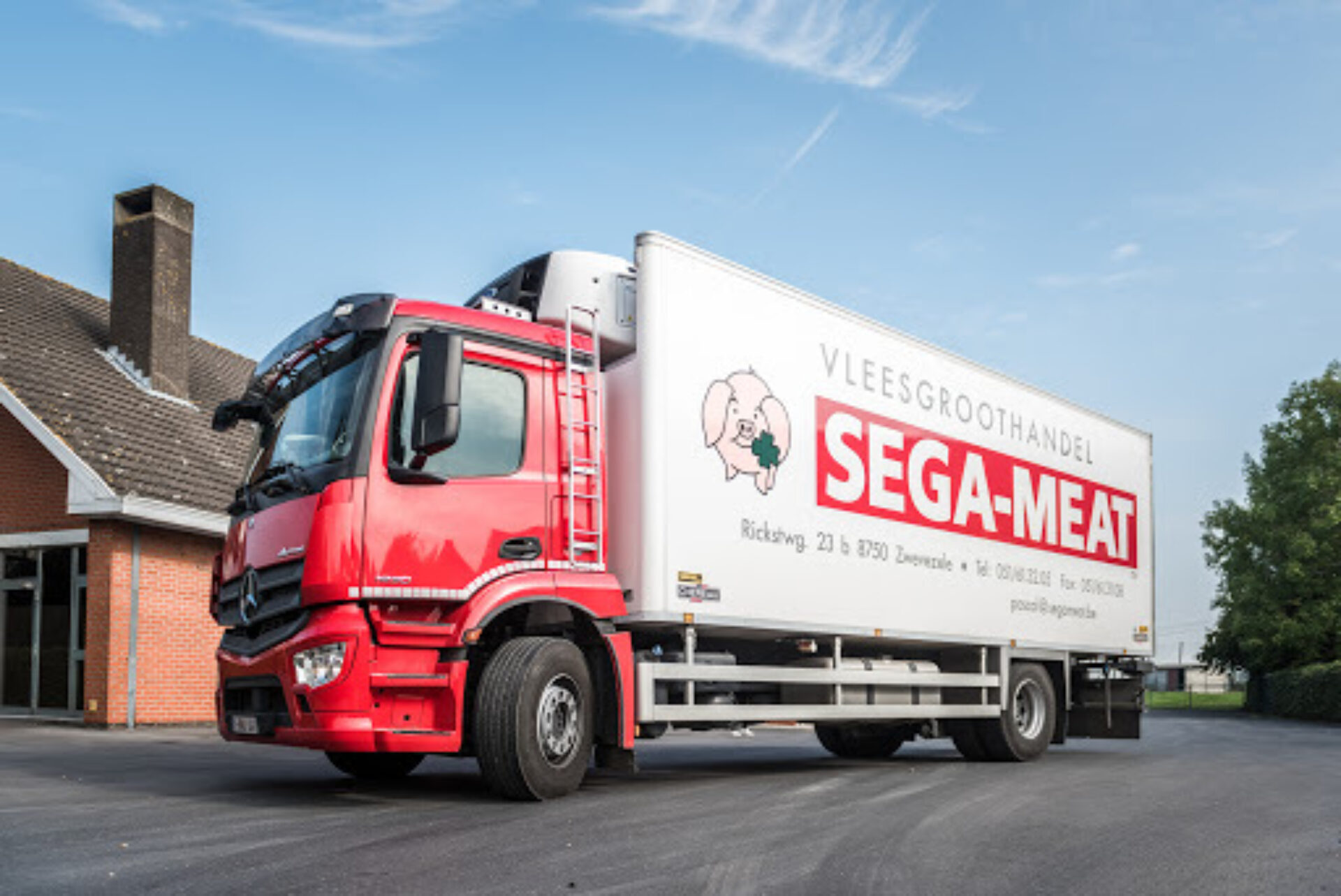 When Mava, the Zwevezele-based cutting plant, went bankrupt in 1991, foreman Pascal Segaert saw his chance to embark on the path of independent entrepreneurship. Unfortunately, the trustee did not approve the take over the company. But a year later, he and his wife managed to buy the property. Pascal Segaert says: “Because Maya’s customers had already looked for other suppliers, we had to start from scratch. So we took a small-scale approach in 1992: with the help of one member of staff, we processed about fifty pigs a week. After a year and a half, the tide turned when we were able to conclude a major contract with Delhaize. Since then, we have grown by an average of three percent per year, which resulted in a turnover of €11.5 million in 2006. Our activity has not changed since then: we still specialise in boning and cutting pig carcasses. However, we now work exclusively with Certus animals. We currently have eleven employees, and our capacity is around 1,200 animals per week. Although Delhaize is still our main customer, our customer base also includes other large food retail chains. In addition, we supply numerous butchers and various catering establishments throughout Belgium. And we generate a quarter of our turnover through sales to industrial processed meats producers.”

The crucial role of Delhaize in the history of Sega-Meat appears to be far from over. Pascal Segaert explains: “For some time now, this large food retail group has been undergoing a major overhaul in the way it does business. Automation is the key. This is why Delhaize asked her suppliers to start doing the entire ordering and invoicing process via EDI. This functionality was therefore one of our basic requirements when looking for a new tracking solution. A neutral IT consultant steered us towards Claerhout Computer Engineering. It seemed to us that Lisa was very user-friendly, specifically geared to the food sector, and had a proven track record with many meat processors; we therefore felt there were sufficient guarantees if we chose the package. The fact that CCE was also willing to respect the very short implementation time of 2.5 months was an added bonus. After all, everything needed to be done very quickly to meet Delhaize’s legal requirements and requirements.”

Unique in the CCE story

For Sega-Meat, the introduction of the integrated “Lisa” ERP package required a major change in the way of working, both in administration and on the shop floor. Pascal Segaert explains: “We had previously worked with a tracking solution linked to our existing accounting and invoicing packages: two different applications. But CCE didn’t think it was a good solution to work in the same way with Lisa. However, they did offer us a choice: fully integrated or nothing. But in reality, it only took a little persuasion to convince us that it was better to move to a fully integrated total solution. And so now we have scanning and touchscreens integrated into the workplace. The latter was indeed unique for CCE because the company had previously relied on industrial computers using a mouse and keyboard. But this was not an option for me: I am convinced that such a solution would be short-lived at Sega-Meat. Our activity involves a lot of fat and blood, which results in intensive cleaning. It seems obvious to me that there is much less risk of leaving contamination behind on touchscreens than if you use a device with a keyboard and mouse. An additional advantage is the simple working method for our employees on the floor. Today, Lisa is offered with touchscreens as standard for the meat processing industry.”

After intensive analysis of Sega-Meat’s needs, the parameterisation of “Lisa” was started in mid-January: two CCE employees worked on this assignment for ten weeks. Full integration with the Bizerba weighing installations and touchscreens was also developed. After Pascal Segaert had undergone intensive training, the application was implemented in March. “Due to Lisa’s user-friendliness, it was not necessary to train the people on the shop floor beforehand,” he says. “Two CCE employees personally supervised our staff during the first week. Afterwards, any refinements were resolved by telephone. CCE has a system with which they can log in to our application online; this means we receive the answer to our question almost immediately. We can only speak positively about this approach because it is a quick and very efficient way to assist customers like SegaMeat.”

On Friday, Pascal Segaert prepares the order forms for the slaughterhouses via the “Lisa” purchase module, which are then sent automatically by fax or e-mail. When the pigs are received, the lot number is manually entered into the ERP package, after which a barcode with the data is created. A receipt is then printed and sent to the workshop. Based on the orders in the sales module (entered manually or via EDI), the package generates daily work orders (with the number of pieces and types of meat) for each customer via the production module. Because Sega-Meat works with one lot number per reception, and the pigs do not have to be cut on the basis of orders, the work order only comes into circulation at the end of the activity cycle: when the orders are put together. Pascal Segaert explains: “Once all the meat has been cut, the orders are picked. To do this, our people need to scan the order form, after which Lisa asks them to enter the barcode of the receipt. This ensures a link is made between the lot number of the delivery – sales module – and the lot number of the reception – purchase module – so that watertight tracing is possible. At the same time, the application takes care of setting up the weighing installation so weighing can be carried out without anyone having to do anything to the bascules. When printing the labels on the Bizerba unit, all the information is passed on from the Lisa database, except for the weights. To make sure everything goes smoothly, CCE used a colour change: blue represents yet to be weighed, green represents that this job has been successful. I would also like to note that Lisa automatically calculates the weight in tare” Every time an article has been weighed, the operator reports this via the touchscreen. Once the order has been completed, all you need to do is press a button to print the transport documents. At the end of the week, they are manually checked and adjusted (this is required due to the frequent returns). Because the price of the meat varies greatly, Sega-Meat also has to input the rates into “Lisa” on a weekly basis and then invoice automatically. After printing the transport documents, the DESADV tracking data is automatically forwarded at the touch of a button to the customer via EDI. Delhaize’s orders also automatically end up in “Lisa” via EDI. This saves a lot of time and minimises the chance of errors. Pascal Segaert: “In addition, thanks to EDI, our drivers can unload much faster: all the data is available to the customer in electronic form upon arrival. Since we’ve only really been working with Lisa for a few weeks, it’s too early to have a clear picture of this gain. But there is a good chance we will be able to serve more customers with one truck thanks to this ERP application.” For the rest, Sega-Meat also uses the solution to automatically keep track of the stock of unsold pieces in the freezer. Pascal Segaert explains: “After entering the lot number, the type of meat and number of pieces, each cardboard box is weighed. Lisa then generates a label with two barcodes: one with the tracking data and another with the weight information. When we sell the meat later, all we have to do is scan the label. The ERP application then ensures the data is automatically added to the transport document and invoicing: the boxes no longer have to be reweighed or checked for content.” Although the investment is significant for a small company like Sega-Meat, Pascal Segaert is convinced of the benefits. “Of course, if the legislation and/or customers did not require it, there is little chance we would have pushed the automation that far. Ultimately, however, such a package does offer – albeit partial – a solution to the pressing lack of adequate personnel in the meat sector. Ultimately, we only have one way out: automation that will help us grow without the need to employ additional staff.”